October 15, 2004 – Corey is diagnosed in utero with a major congenital heart defect by a perinatologist who recommends immediate termination. Our lives change permanently.

October 20, 2004 – After days of hopelessness, we receive a second opinion from a pediatric cardiologist (PC) who diagnoses our son with tricuspid atresia. The heart defect is serious, yet we receive our first ray of hope that our son may live.

October 25, 2004 – We receive our third opinion from a PC at Johns Hopkins.  She concurs with the other PC, and we choose to embark on the three-stage reconstructive surgical pathway with the team at Johns Hopkins.

February 22, 2005 – Corey is born by emergency Cesarean section and almost  immediately taken to the Johns Hopkins NICU. There is no time to bond, and I do not see my child for hours.

February 23, 2005 – Corey has a balloon atrial septostomy to widen one of the holes in his heart. We are not present during the procedure, which takes place in the NICU.

February 27, 2005 – We bring our newborn home with a home pulse oximeter and a large dollop of terror. He is in heart failure and on several medications.

March 9, 2005 – Corey’s oxygen saturation levels plummet into the 70s, and he is checked in through the emergency room at Johns Hopkins for the B-T Shunt surgery.

Present Day – Corey has no restrictions on his activities, save that he must be able to self-regulate. He plays baseball and gets As in school.

If you’d like more details about each of the dates on the timeline, I’ve written specific posts for each date, beginning with “The Beginning” and ending with “The Fontan“.  If you’d like even MORE details, my book, Raising a Heart Child: A Parent’s Guide to Congenital Heart Defects, has been published and is available here: Amazon, Amazonuk, Barnes & Noble, Apple iTunes, Oyster, FlipKart, Kobo, Blio, and Smashwords. 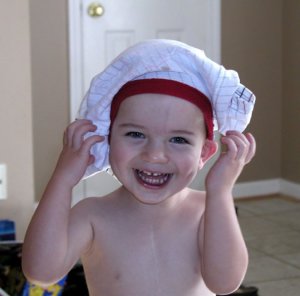