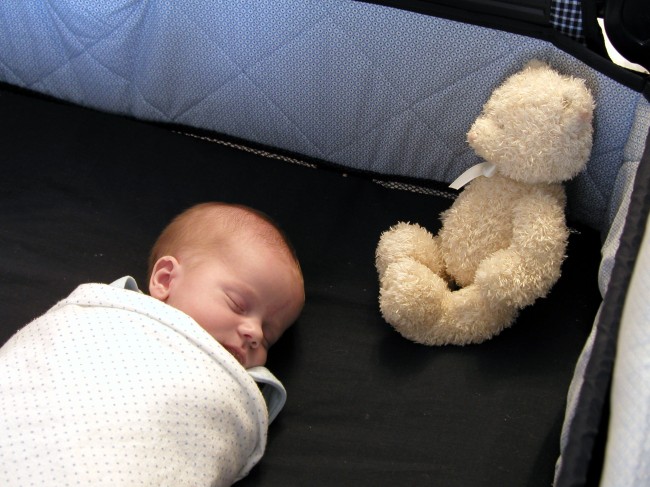 Continuing with my recreation of Corey’s CHD timeline……

On February 23, 2005 Corey had his very first procedure. He hadn’t even been on the planet as an independent being for one day when the first invasive intervention was necessary. A balloon atrial septostomy. In other words, the doctor widened one of the holes in Corey’s heart to allow blood to shunt more effectively. It happened right in the NICU with a crowd of doctors and medical students watching. We, his parents, were not there.

On February 27, 2005, we were discharged from the hospital, and Corey came home for the first time. I thought the doctor was joking when he said we could leave. It had taken an entire staff of doctors to keep Corey alive this long, who the hell were we to be able to keep him alive in our house with zero medical training for even five minutes? And we were rookie parents! At this point in my life I’d managed to keep a healthy cat alive for seven years, but all the goldfish and plants – dead. Dead as doornails. I was convinced we were in trouble. It was terrifying.

But we managed. Despite the fact that Corey came home in heart failure, on several medications, we managed. Corey also came home with a home pulse oximeter, and we used that sucker religiously. And it’s a good thing we did. Because one night his oxygen-saturation levels plummeted, and we found ourselves right back at Hopkins for the emergency B-T shunt surgery.

I’m thankful that we had a short time to bond with our baby at home, despite the fear. It was nice to hold him, touch his face, count his little fingers and toes, and love him without all the beeping medical equipment, bright lights and bustling staff of our hospital stay. The time was brief, but it was precious.